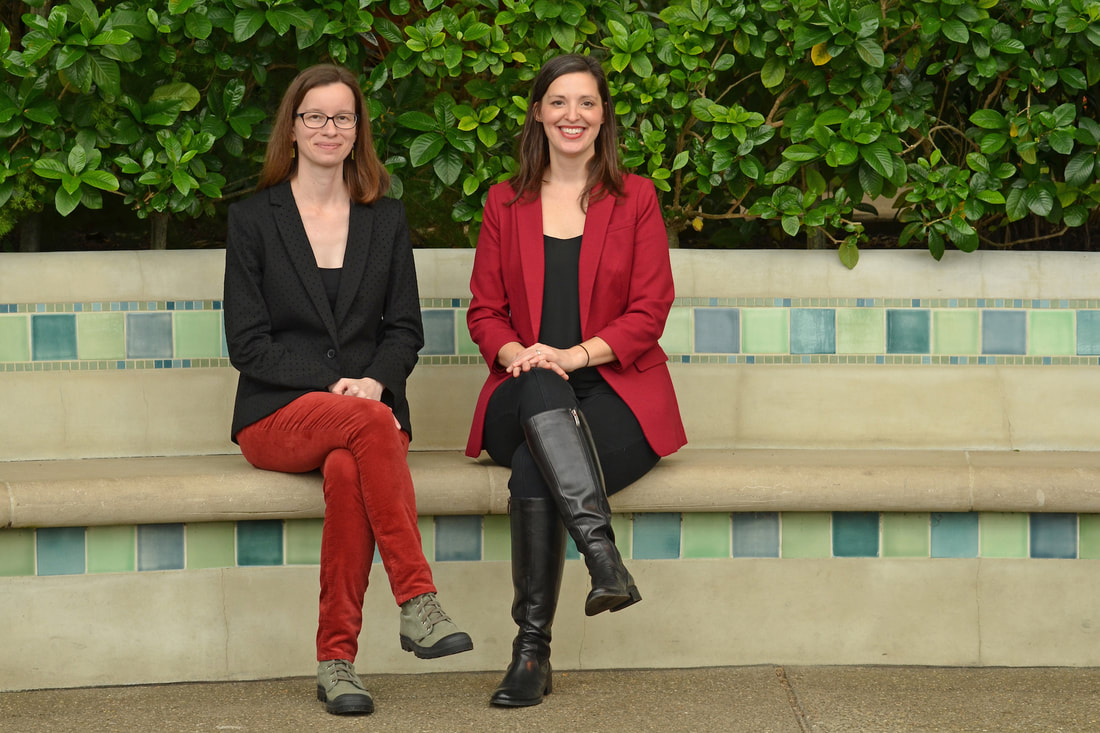 The Khasma Piano Duo was formed in 2012 by Ashlee Mack and Katherine Palumbo. They have been playing together since meeting at Bucknell University in 2000. Because of their shared enthusiasm for contemporary music, the duo has dedicated themselves to the performance and recording of works from the 20th and 21st centuries. They have given world-premiere performances of music by notable living composers including Chris Catone, Hong-Da Chin, Kyong Mee Choi, Matthew Heap, Jeff Herriott, Amelia Kaplan, Robert Morris, Lawrence Moss, James Romig, and David Vayo. Their concert tours have taken them all over the US, with performances at the Eastman School of Music, the Illinois College Fine Arts Series, the SCI National Conference at Ball State University, and various new-music festivals. Khasma is planning a 2023 tour for their 10th anniversary, which will feature six new works commissioned by the duo and a collaboration with visual artist Chris Craychee. Their albums Switchback and Time Seems To Pass are available at Amazon, iTunes, and Bandcamp. Additional recordings can be heard on Innova and Navona Records.

Origin of the Khasma (pronounced \ˈkaz-mə\) name: Chasm Lake is a hike in Rocky Mountain National Park. Both pianists consider this trail to be one of their favorites in Colorado. Since they have each spent a significant amount of time in the Rockies, they decided to choose a name that encompasses their enthusiasm for nature. The Greek origin of the word ‘chasm’ is ‘khasma,’ which seemed like the appropriate choice, as it happens to include letters from their first names.